The 18 Mistakes That Kill Startups

1. Single Founder – all of the great technology companies had 2 founders (Apple, Microsoft, Google). Although I would argue Mark Zuckerberg and Jeff Bezos have come closest to breaking this rule

2. Bad Location – if you’re serious, be in the Valley (this includes SF)

4. Derivative Idea – don’t take an existing success and tweak it in a small way. I think a lot of the “Airbnb for X” or “Heroku for Y” have this problem, too

5. Obstinacy – your original business plan is probably wrong, but it’s important not to change too quickly, either

7. Choosing the Wrong Platform – platforms include Windows, Apple’s App Store, and Facebook; choose carefully since they’re your partner, whether you like it or not

8. Slowness in Launching – get your product into users’ hands as soon as you have a “quantum of utility”, then iterate quickly

9. Launching Too Early – less important than #8, but if you launch too early, you risk hurting your reputation

10. Having No Specific User in Mind – can you envision EXACTLY what your ideal user looks like, how she behaves, and what she wears?

12. Spending Too Much – happens when you hire too many people, and/or pay too much salary (give equity instead)

13. Raising Too Much Money – when this happens, you’re expected to spend it quickly, and your company becomes less nimble

15. Sacrificing Users to (Supposed) Profit – we were guilty of this: too much emphasis on finding a business model and earning revenue, before we had a product that users wanted

16. Not Wanting to Get Your Hands Dirty – the best founders do whatever’s necessary to grow the company, in particular understanding their users and acquiring more of them

17. Fights Between Founders – most unresolvable disputes are due to differences between people, not due to the particulars of a situation, so choose your cofounder(s) carefully

18. A Half-Hearted Effort – quit your day job, and be obsessed with your startup

We help startups start faster and more efficiently. Hekovnik’s programs are based on over 20 years of experience. Our curriculum has been tested on, implemented, and inspired by 17 generations of startups and our strong network of program partners that can help you in any area we might lack expertise in. If you would like to have your own program (internal entrepreneurship, spin-offs … ), please let us know and we will devise a program tailored specifically to your needs.

YOUR CUSTOM PROGRAM
This is an application for get in touch with us for your custom program.

Please fill the form below and we will contact you.

A startup is a company designed to grow fast. Being newly founded does not in itself make a company a startup. Nor is it necessary for a startup to work on technology, or take venture funding, or have some sort of “exit.” The only essential thing is growth. Everything else we associate with startups follows from growth.

want to hear from our graduates? 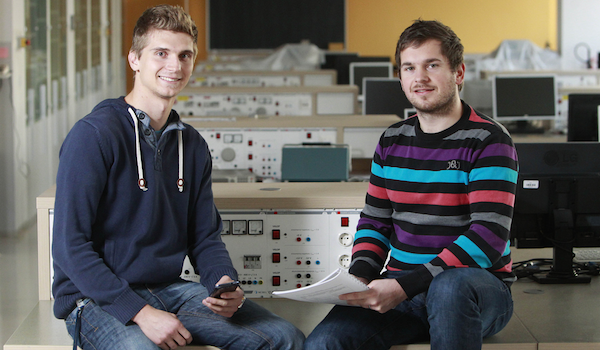 “Hekovnik’s start: program was our springboard to business world. If we weren’t participating in start:Cloud program, we would never start developing our idea nor would we know our product has such potential on the market.”

we are here to help you

For a startup to develop an idea into a product they need tools and concepts to evaluate the underlying assumptions that gave birth to the idea they are pursuing, lest they be wandering in the dark, hoping to stumble upon success. Down the line execution is clearly the key, but where to start? Could a quick talk solve some problems? Claim your free hour and let us help you out.

* Before free hour we will make short interview.

FREE COACHING HOUR
This is an application for your free hour with Hekovnik team.

Please fill the form below and we will send you details.

We believe in maximum transparency and openness. Nothing is more important than sharing knowledge. That is why we offer all our own content freely to anyone to change the world with it. We also encourage our teams to share freely amongst themselves and the world. And we would like to encourage you to do the same. Here are some of our top videos, for you and your friends.

Leave your e-mail bellow and get the latest info about our programs!

(we hate spam as much as you do)